Beautiful Off the Beaten Track Cities

For such a small and highly populated country The Netherlands may still surprise you when it comes to OTBT spots. The country is filled with amazing and beautiful “hidden gem” cities and villages, which have barely been discovered by the masses.

Just along the coast running from Belgium all the way up to the German border there are dozens of towns filled with 15th, 16th and 17th century riches. Smaller and lesser known cities like: “Middelburg, Delft, Gouda, Leiden, Haarlem, Alkmaar, Hoorn, Sneek and Groningen”. All with a rich (VOC) history and the city centers to prove it. 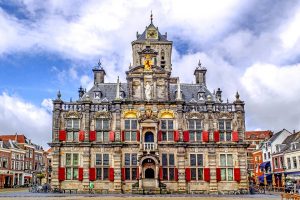 Certainly bigger and better known is Rotterdam, the city is chosen in to the “Top 10 of Must See Cities” in the World for 2016 by The Lonely Planet but is still largely “undiscovered” by mass tourism. A rapidly evolving cosmopolitan city, (still) emerging from the ashes of WWII but with groundbreaking modern architecture by some of the world’s most famous architects set against the backdrop of the second largest harbor on the planet.

And there is so much more worth looking into. For instance just image-search: “Maastricht”. The Netherlands’s most southern city. With a history that dates back as far as the Romans. A lovely high cultured city with beautiful surroundings, warm and welcome people and a unique mixture of architecture, food and folklore.

And since you are already typing, also try:

I could go on for hours but I think you get the gist.