5 REASONS WHY … THE NETHERLANDS MIGHT JUST BE PERFECT FOR YOUR NEXT PRODUCTION!

With a country that has more than 30% of its land below sea level the Dutch are continuously fighting against the waves. These fights gave The Netherlands its unique landscape of dikes, dunes and wide stretches of land  symmetrically crossed by canals and marked by windmills and the occasional cow.

However also more contemporary landscapes with hectares and hectares of “kassen” (glass greenhouses) filled with vegetables and flowers. A few of the products The Netherlands thank their world fame for. Green houses which, at night, illuminate the skies of the Dutch lowlands.

More up north “Terpen” (mounds) rise up from the flatlands. Lifting houses, churches and even whole villages from beneath the waterline. Again to protect them from the never ceasing threat of rising water. Creating an almost surreal view from down below. 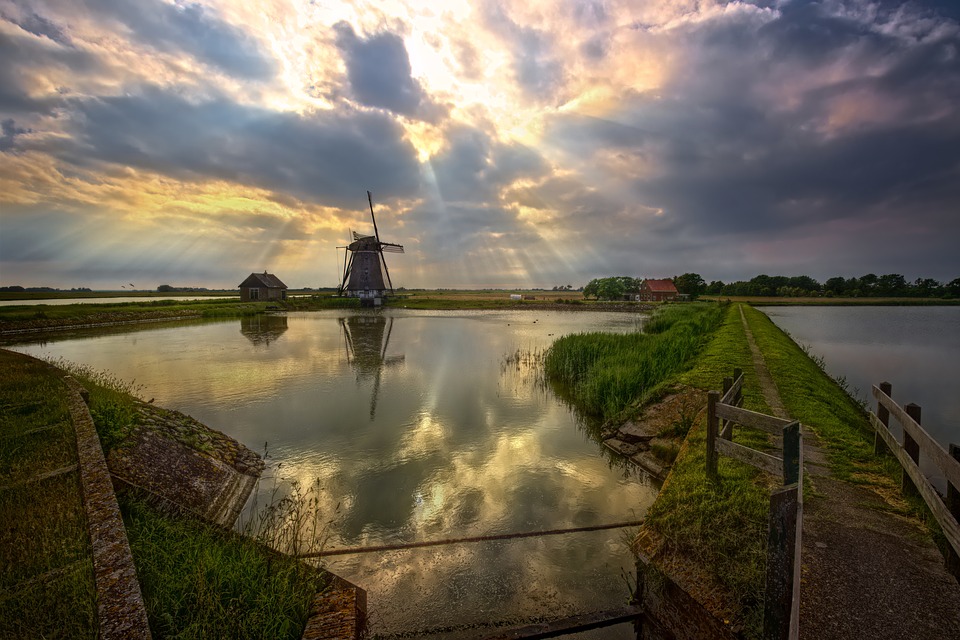 From there you could cross the Wadden-Sea towards the Dutch islands called “De Wadden”. And enjoy some spectacular “End of the World” -vistas or just  cuddle some seals lying on the beach.

Where in the most southern province of the Netherlands, in a gently sloping scenery, you may find Roman catacombs and ancient chalk quarries hide secret World War II safe houses. Where once the famous Dutch artworks were hidden. And even the remains of pre-historic monsters.

And did you know, The Netherlands has even older and more numerous megaliths than Stonehenge in England and the Menhirs in France?

Large granite stones, some of them weighing over 25.000 kg. Dragged and lifted to form grave monuments that would withstand the age of times. And they did. They are called “Hunebedden” and they are prehistoric monuments that even out-date the Egyptian pyramids!

And who could forget about the flower fields. Yes, flower fields filled with Hyacinths, Daffodils, Orchids, Roses, Carnations, Lilies and Tulips as far as the eye can see.

Yup, The Netherlands has its fair share of unique landscapes.

Just come and see for yourself.